Every Boxing Day two old foes face each other on the field of combat in one of the hardest fought contests of the year, and I’m not talking about something as trivial as the cricket.  I am instead referring to the age old battle between bored children and tired parents.

Every Boxing Day, you stumble from your bed with a tummy still swollen from Yuletide overindulgence, and discover that your offspring have been up since dawn grazing on lollies.  They are so high on sugary products that one of them is actually spinning about in circles on the floor.

You’d planned to spend today lying on the couch, but the kids have other ideas.  Rather than play with all the new toys you’ve re-mortgaged the family home to buy, they want you to entertain them.

Your brain clunks into gear.  Going to see a movie may get you an hour of precious sleep as you sit in the cool, dark theatre, but you shudder at the thought of the gouging your wallet will take at the snack bar.  So, you suggest a day of watching DVD’s instead.  An hour later you break up the fight over who wants to watch what.  Everyone laughs at your movie choices.

Then you announce a trip to the beach, and are stunned speechless when your wife says, “Have fun!” and dashes off to the bedroom, locking the door and curling up on the bed, leaving you to struggle on alone.

After an epic gun battle to secure the last car park within five kilometres of the ocean, you eventually find yourself standing on a hot, crowded beach surrounded by young people proudly sporting muscular six packs, while your ‘keg’ is discreetly hidden under an old t-shirt.  A Frisbee smacks into the side of your head, momentarily blurring your vision.

Several hours later you return home with the correct number of children; most of them are yours which is a bonus.  They are tired, whiny and covered in sand and ice cream.  You shove them towards your wife, then drop to the floor.  The war is over for another year.  You lost.  Again.

So, to the many folk who trudged off to work today, and were wishing that you could have stayed home and spent time with your loved ones; this column is dedicated to you.  I hope you don’t feel so bad now; you lucky, lucky sods!

Yes Virginia, there is an Insanity Clause

My Daddy says you are the biggest know-it-all in Gladstone, so I am writing to ask you if Santa Claus is real? My friends told me that Santa is really Daddy dressed up.  From Virginia (aged eight) 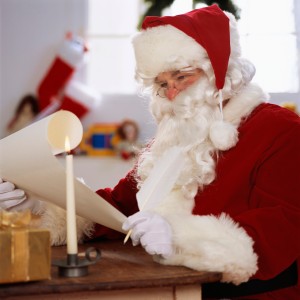 No Santa Claus?!  Well, the next thing they’ll be telling you is that The Phantom isn’t real!  Or Hobbits, the Tooth Fairy, the Easter Bunny, Elves or those blue Avatar thingies.  Absurd!  What a terrible world they must live in; a world without magic, enchantment, wonder, amazement, and fun.  Or, for that matter, mind controlling medication and regular shock treatments.

Virginia there are plenty of mysterious creatures and unexplained phenomena still left in this digitally enhanced, cynicism soaked world.  Just because you can’t see them doesn’t mean they don’t exist.  For example, I’ve never seen God, been able to find a pair of matching socks in my drawers, caught a reef fish in the marina, or found the mythical beast called ‘Full Mobile Coverage’, but I’ve been reliably informed that such things do exist.

And Virginia, if the scribblings of some of my fellow columnists are any indication, then I think they believe too.  Why, Mr. Moose frequently sees pink elephants, Mrs. Carnivale is often away with the fairies, and Mr. Micko, the Elder Statesman of these column pages, has seen a space ship!  Trust me Virginia, believing in Santa Claus is the least of our problems…

So, ‘Yes’ Virginia, there is a Santa Claus, and I hope you look forward to Christmas with joy and delight for many years to come, because if there is one thing this cold, hard world needs, it’s more children like you living in wide eyed wonder.  It will almost make us adults feel like it’s worth the effort getting crushed at checkouts and experiencing credit card melt down, while the Summer heat saps away any feelings of goodwill towards our fellow man; particularly towards those selfish cretins who keep stealing my parking spots!

And speaking of goodwill to all men; this Christmas Eve Virginia, I want you to add lots of tasty laxative chocolate powder to Santa’s’ milk, but don’t tell anyone!  Next morning after you’ve opened your presents, tell your Daddy through the toilet door that ‘Mr. Know-It-All’ says “Hello!” 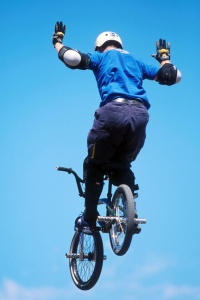 How I looked the day I discovered the grating from the storm water drain was missing...

A while ago I was asked at work what was the most dangerous part of my job, and at the top of a long list of things that could kill, maim, harm, or injure me was ‘Pedalling to Work’.

Many years ago I dragged my bicycle, Pubtruck Mk1, from the shed, oiled the chain, and sailed merrily off to work.  The one thing you forget about Gladstone when you drive a car is just how hilly it is, and I eventually arrived at work looking like I’d stumbled from a plane crash.  One workmate was so concerned for my health that he told me to go home.  Just the thought of getting back on my bike made me want to vomit.

Happily I persisted, and since then, I’ve been an avid cyclist; of sorts.  But over the years I’ve had numerous close calls.  Motorists have flung their doors open  in front of me, I’ve been cut off, sideswiped, yelled at, had stuff thrown at me, and been attacked by dogs and magpies.  All this in my own driveway; out on the road it’s much worse.

Pedalling to work in Winter is my greatest worry.  Firstly because it’s cold, and secondly, because some lunatic decreed that five a.m. is a good time to start work, I’m pedalling in pitch darkness.  Armed only with a bright orange flag, two lights, and numerous reflective strips, I try to outmanoeuvre four wheel drives and B-doubles while avoiding numerous storm water grids, manhole covers, toppled wheelie bins, broken glass and the remains of shattered cyclists who didn’t quite make it.

And for those of you who have firm views on the topic, yes, I do use bike paths; when they are available.  Unfortunately so do a lot of other folk:  joggers, walkers, people with dogs, dogs without people, magpies, kids on motorbikes, skateboarders, scooterers, and other cyclists who seem to have a deathwish.

Footpaths are just as dangerous, as cars tend to rocket blindly out of driveways.  And once I avoided hitting a pedestrian who popped out from behind a hedge, only to run into the lead which connected him to a very large, and surprisingly angry, dog.

Ah, cycling, the transport of choice for the young, the poor, the frugal, and the environmentally conscious.  It’s good for your health, and calming to the mind; apparently.

Anyway, I’ll see you on the road; hopefully you’ll see me too.

No More Lurning – Schools’ OUT!

On my outings with the family pets, I’ve been passing a lot of very happy students.  For many it will be their last weeks of school ever, and I wondered what memories would stay with them after surviving the past twelve years.  Hopefully one of them won’t be getting slowly lowered into a flushing toilet on the first day of Grade 8.

What I learned in school consisted mostly of how to cope with anxiety, fear, and boredom, and discovering that bullies don’t back down when you stand up to them; especially when you’re four foot tall and can’t fight.

Plus, I also learned how far a teacher would go in order to get her point across.   You see, we’d been learning about the respiratory system and, in spite of her best efforts to make it interesting, most of us were falling asleep while sitting upright.  Sighing, she wished aloud for a real set of heart and lungs to demonstrate the breathing process.  At this point, a timid little girl raised her hand and said, “Miss, I know where there’s a dead dog.”  The teacher smiled, “Well dear, cut it’s lungs out and bring them to school.”  How we all laughed.

The next day, the little girl appeared and proudly handed the teacher a garbage bag full of sloshy stuff.  She opened it and went pale.  Nobody would be falling asleep in class today; or possibly for the next few nights either.

Reaching in, she dragged out the heart, lungs, and other apparatus that had only days before been happily enclosed inside a living, breathing dog.  We gazed on in horror as she laid the bits out on a tray, wrapped some paper towel around the throat tube, then breathed into it.   The lungs expanded, bubbling and foaming with blood.  “Did everyone see that?” she asked, daintily wiping her lips on her sleeve while kids fainted in front of her.

It’s funny how you never forget some things.  I can even recall wondering if the lessons on human reproduction were going to be as graphic (they weren’t).  But that day I learned: To be careful what you wish for.  To never assume.  And to be extremely nice to timid little girls.

And to all our School Leavers I offer my heartiest Congratulations!  Well done, all the best for the future, and I hope all your memories are good ones.

Now, get to work. 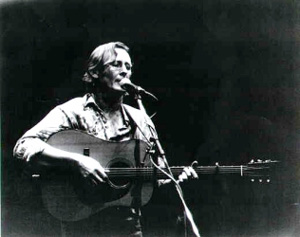 On Saturday I was filling in some paperwork at work, and in the background ABC Radio National was playing, and the feature artist this week was Alistair Hulett, a folk singer/songwriter.  I couldn’t believe it, I’d only just said the other week that I never hear my favourite artists on the radio, and Alistair has consistently ranked up there in my personal top 5 artists I regularly play (torture my family with) at home.  And here they were playing his music!  Brilliant.

I’d been given one of his CD’s “Cat Among the Pigeons” back in the mid-90’s by a mate of mine who is a collector of folk / indie/zydeco/swing / punk / pop / hard rock… you name it, music.  The first song I heard, “Uisge Beatha” blew my socks off, and I instantly fell for the music genre we now call, Celtic Punk.  I’ve been a fan ever since, but access to other bands with a similar sound has been difficult, until now.  Thankyou Jeebers for the internet thingy.

Unfortunately, Saturdays’ show was also the moment I learned that Alistair had died earlier this year, and I was taken back a bit.  I’ve enjoyed his music for some time now, playing them on my guitar to the walls of my room over the years.  And on Saturday night I did just that, playing his brilliant “Swaggies have all Waltzed Matilda Away”.

Needless to say, my hopes of meeting him are now dashed.   Another working class hero has bitten he dust.  Fortunately he left us a wonderful musical legacy.

If you want to read a little bit more about Alistair, and hear some of his tunes, then click on the links below: