Gladstone is a small city located on the coast of the State of Queensland, just below the Tropic of Capricorn.  It was a small town for most of it’s history until the 1960’s when the worlds’ largest alumina refinery was built alongside its’ naturally deep harbour.

The towns’ population has exploded since, and has done so over the years during several Booms, when more industry came to town.  Expanding at an ever increasing rate, the thriving city of today is a far cry from the little town we came to live in during the 1970’s.  It was an eye opener for a boy from a small rural town in the far north.  Everything here was a far cry from what we had known in our peaceful little far north Qld town.  I hated the place back then, and thought it would be a matter of time before we would ‘head home’ back to the North.  It never happened.

Many people speak disparagingly of the place and it has several nicknames:  Gallstone, Sadstone, Happyrock, the Newcastle of the North etc.  Sometimes the locals will agree, but never in the presence of ‘outsiders’! 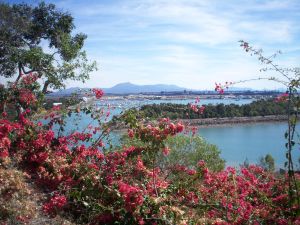 There’s a lot that could be improved here, but there’s an awful lot of things that have been improved as well.  For an industrial city, things could be much, (honestly, MUCH) worse.

We have unparalleled access to some great beaches, the Great Barrier Reef, a good harbour filled with interesting islands, some wonderful gardens, and are within a stones throw of the Great Dividing Range.

I’ve lived in better, and lived in much worse.  For now it’s my home, and the place my family has been happy to grow up in.