Over the past couple of months Gladstone has featured in the news for a few things, mutant cane toads being one of the biggies which is really worrying me!  But mostly it’s been the breaking news about the big changes headed our way with the coming of the gas plants.

Now, I’m still waiting for the outcome of the Environmental Impact statement before I place any money on the table, but money is the key driver behind a lot of rumours that are getting around at the moment.  Dollars on an almost unbelievable scale.

A few weeks ago my workmates were muttering things like, “The gas mob are going to stuff our harbour,” or, “Poor old bloody dugongs are dead meat!”  and, “There goes another good fishing spot.”

And while the LNG mob has been buying up large advertising features in papers around the country, we’re yet to see any ‘big’ changes here on the ground in Gladstone.  This is a cycle we’re very familiar with though.  Teams of people in suits arrive with a gaggle of high ranking politicians, photos are taken, announcements made, and we wait for ages for something to happen.  In the past 10 years we’ve heard a lot of announcements, watched some earthworks start, then, bang, nothing.  The GFC, or a merger, or some other impediment has killed off the project before it gets the chance to get off the ground. 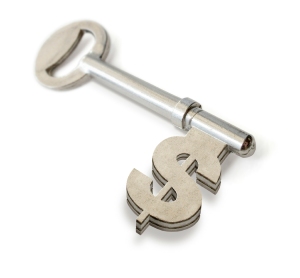 But this week, a rumour swept through our workplace that the LNG bosses are keen to poach local workers from the many Rio Tinto plants in town, and are prepared to pay, what amounts to a ludicrous amount of money, for the privelege.  Last night I was told that one figure being bounced around was $160 000 p.a.  Which equates to roughly $1900 a week!

The same workers who were worrying about the impact of the LNG plant on our harbour had a complete reversal in thinking and decided that for $1900 a week, and the chance to work in a cleaner, safer, and more worker friendly environment, they would happily clamber over any number of dead dugongs to get to the gas plant gates each day.

Meanwhile out West things are looking ‘challenging’.  I read here

that Drew Hutton of the Qld Greens, is mobilising the ‘Green Army’, and making it his life’s mission to pull this project up.  I wonder what Drews’ price is?  Perhaps they’ll make him an offer he can’t refuse, to work from the inside of the industry instead of attacking it from the outside?  Maybe Drew will crack the $2000 per week barrier?  Maybe Drew is a man of principle who will not bow down to corporate pressure?  Maybe Drew is right now standing in front of a very large and fast moving dozer?  Who knows.

Me?  Well, I’ll wait and see what happens, but if this project gets up, and half the rumours are true, then it will certainly change things in this town, and the area around it, forever.

And let’s not even mention the rumours about the proposed steelworks, and the shale oil plant…

Filed under Here In Gladstone