A light cover of high cloud was covering the upper atmosphere as I pulled into Glen Innes, the weather was starting to cool even more.  Still, isn’t wasn’t cool enough for me to justify leaving my motorcycle at home 🙂  The sign at the visitors information centre said, Welcome to Celtic Country.  Nice one.  I’m part Celtic, (like many Australians) and was curious to see what the tourism highlights included, and how much information was available regarding my heritage.  Not that I felt some urgent desire to paint my face blue, tear all my clothes off and run berserk about the town waving a variety of weapons…  or did I?!

The young lady in the information centre really knew her bikkies, and I was laden down with a stack of brochures, maps, and places to stay.  I was disappointed to learn that I’d just missed the annual Celtic Festival, ( http://www.australiancelticfestival.com/ ) when the town fills up with re-enactment groups, from Romans, Celts (of course), Scottish dancing and various other groups of folk who like to dress up and play ‘native’ for the weekend (as long as there are toilets, hygienic food, and air-conditioning on hand…).   I’m a sucker for these types of events, if my annual pilgrimage to the Bribie Island Abbey Museums’ Medieval Fayre is anything to go by.

Clutching a plastic bag stuffed full of tourist info, I strolled through a nearby door into a very well presented jewelry store.  Most of the stuff in there was exceptionally well made, very beautiful, and very expensive.  Still, it’s nice to look.  Much of the jewelry was made using locally sourced stones and materials, as well as some rocks from good ol’ Central Queensland gemfields I was proud to note.

But, the thing that I was keen to see were the Standing Stones, which stand in a park on a hill near the town.  I’ve been keen to see these stones since I first saw them on an ABC documentary years ago, and if I couldn’t get to Stone Henge, then this was the next best thing.  Slipping back into the car, I quickly found my way to the attraction, and was delighted to find that I had the place all to myself.  Grabbing my canvas bag and slipping on my hat, I sallied forth to spend some uninterrupted time reading all the little plaques, and signs that were scattered about the place.  Again, if my children had come with me, then they would have no doubt sat in the car, sulkily playing with their iPods, and watching in dismay as I ran about in raptures between the stationary rocks, knowing that daddy was going to be ages yet.  They don’t know how much fun they’re missing… probably.

The stones were set up by the local community after much consultation from experts around the world.  The patterns take advantage of the natural surroundings, and suns position, in order for the stones and their shadows to line up at ‘certain’ times of the year.  There were also a variety of rocks and stones on display, sent from numerous communities around the world, which was a nice touch.

I liked it here.  And after walking around the stones, and feeling how cool they were to the touch, I found myself sitting down on a small flat rock and eating an orange.  A feeling of, ‘this is just right’ crept over me, and I don’t know why.  It’s not as if there is a long druidic connection to the area (but you never know!), and standing stones are about as Australian as a clock radio made in China, but still, I couldn’t help feeling sort of contented.  To have this place all to myself was brilliant, and I didn’t want to leave. 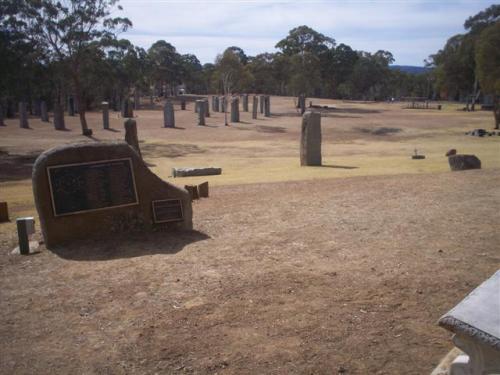 I don’t know how long I sat there, thinking about this and that, and the need for us humans to re-connect with our past, regardless of where we come from, when a bus load of kids turned up.

Time to go.  As I was packing up, a mob of them kicked the doors of the bus open and stormed the stones, the peace was shattered by the sound of squealing, laughing children.  I sat back down again to watch them.  They seemed to be aged from somewhere around, 6 to 8 years old, and were having a blast racing around the stones, hiding from eachother, or trying to clamber up some of the more craggy rocks.  This also felt ‘right’.  It’s a hard feeling to describe.  Perhaps there are standing stones overseas, which were set up for a far more sinister purpose, but also double as childrens’ playgrounds during daylight hours.  I don’t know and one day I hope to find out.

A group of kids broke away from the main pack and came over to where I was sitting and stared at me.  One of them smiled and said, “Hullo.”  I smiled back and said “Hello.”

“Are you a tourist mate?”

“Are you going to play?”

I laughed, “No little mate, I’d like to, but I don’t think you’re teacher would like it very much.”

He shrugged, the universal child language for ‘who cares what my teacher thinks’ and a little girl next to him slapped him on the shoulder (bloody hard too!) then ran off.  He looked at me for a moment with a quizzical expression then bolted off after the girl.  The rest of the little group followed, hooting with yells and laughter.  It made me laugh as well.  I stopped laughing when I spied the teacher walking quickly towards me.

As I passed her, she smiled at me a little nervously, and I said something trite like, “Nice day eh?” but she either didn’t hear me, or didn’t want to speak.  No worries, I could see she had a job to do, and her hands were pretty full.

Back in the car I flicked open my maps, grabbed a banana from my dwindling supply and checked my options.  It was close to lunch time, and if I was going to be back in Queensland by sundown I had some cruising to do.  Packing everything up, and tossing the banana skin into a nearby bin (3 points, it didn’t touch the sides) I sat for a moment in the cool and watched the kids running riot through the stones for a few more minutes.  They were having a ball, and the funny thing was, there was a park just behind me, and none of them were playing in it.  How great was that?

What wasn’t too great was the look the teacher was giving me as she rode shotgun across my line of sight again, angling towards my car.  I got the feeling that she was memorising my number plate.  With a sigh, I fired up the family truckster, gave her a wave (which was also ignored) and slipped off down the winding road towards the highway.  I tell ya, I know why she did it (and good on her because kids need protecting by vigilant carers), but still the implication hurts… not all blokes are murderers, molestors, nose pickers, etc.

Back on the highway I fumed for the next 10 or so kilometres, thinking about the ways of the world and to calm my mood I flicked on the radio, and found a show which featured Judith Lucy plugging her new book, ‘The Lucy Family Alphabet’.

Now I’ve not been a real big fan of Judiths’ but listening to her describe her childhood and teen years, I decided that perhaps I’ve been a bit hasty.  She had me laughing my guts out as I drove along.  Some of the weird things that her mother and father did were almost unbelievable, but insanely funny.  Of course there was some serious stuff in there too, but delightully presented, and it must have been very therapeutic for her to write about it.  Of course it went a long way toward explaining how she became a drug and booze addict…

After the interview ended I flicked off the radio, and wound down my window.  The wind ruffled my hair, the highway in front of me lay empty, and tonight I’d be catching up with some good friends.  How good was life right now?  Well, if this was a musical I’d be bursting into song about now.  So I did.  This time it was to an old Creedence number, Rising Wind.

The cows alongside the highway didn’t think much of it though, particularly as I tried hitting the high notes.

I’ve never seen a stampede before… another first 🙂

One response to “Glen Innes”